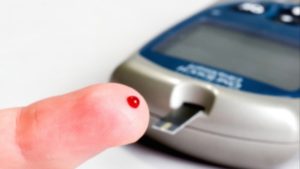 It is a real challenge for people with diabetes to search for the most effective and lasting treatment to control their blood sugar levels. But, before any doctor could recommend any medication, you have to undergo some testings. Blood sugar is measured in milligrams of glucose per deciliter of blood (mg/dl) in the United States. In Canada and the United Kingdom, it is measured in millimoles per liter (mmol/li).

Before any blood sugar testing, you have to understand what is a normal blood sugar level. In addition, you also need to be informed that blood glucose level depends on the type of diabetes a person have .

Levels of blood glucose vary during the day for a person without diabetes. It should not go beyond 100 mg/dl upon waking.

It should be clear that nothing can beat a well-balanced diet plan, an active lifestyle, and a diabetes medication in keeping the right levels of blood sugar. There are things and foods that work, while there are those that you should avoid.

These diets are not balanced and only deprive someone’s body of the much-needed vitamins, minerals, and fiber. This is according to Constance Brown-Riggs, author of The African American Guide to Living Well with Diabetes. Just recently, she guided a PWD type 2 who consume very little carbohydrate. The practice only resulted in severe headaches and poor energy.

Brown-Riggs, a successful Registered Dietitian, and Certified Diabetes Educator, has helped the patient balance out his diet plan by suggesting grains, fruits, and other foods containing carbs. Upon doing this, his energy level was restored, his headaches ease off, and he was glad to learn that he could consume healthy carbohydrate sources while controlling his glucose levels significantly. To triumph, someone has to manage portions of all his meals, eat in small portions over the day, and coordinate with a health care team to create a personalized meal plan, activities, and medication.

This move could potentially drive the blood glucose levels higher. When someone does not eat for numerous hours because of sleep or other causes, the body stimulates itself with glucose released from the liver.

For those who have type 2 diabetes or PWDs type 2, the liver does not appropriately detect that the blood has sufficient glucose already, so it keeps on realesing more. Eating with a small amount of carbohydrate tells the liver to stop supplying glucose into the bloodstream.

Unfortunately, skipping meals will only lead to overeating. This practice can be the reason a person experiences an increase in his weight. Also, if an individual takes a certain diabetes medication that fuels the body’s own insulin like common sulfonylureas or injectable insulin, he is at risk of having a blood glucose level drop too low when he skips or delays his meals.

According to Brown-Riggs, bars and shakes produced especially for individuals with diabetes may help control the blood glucose levels for those who have hectic schedules. If these are used as snacks or meal replacements, they take the presumption of carb counting. You can easily toss them in your purse or desk drawer so you will have the right choice when it’s difficult to take a break for lunch or when you are stuck in traffic.

But you have to be careful not to fall into the trap of consuming these items in addition to your daily snacks or meals. If so, your weight and blood glucose level could soar high. You must trade them for other food items, or your carbohydrate and calorie intake will surely increase.

4. Sprinkling Cinnamon To Your Food

In 2003, a Diabetes Care research reported that cinnamon might possess the ability to lower the levels of cholesterol, blood glucose, and triglyceride for those who have type 2 diabetes. In other studies, the results were not so encouraging. When a group of researchers accumulated the results from 5 studies with a total of 282 participants with type 1 or type 2 diabetes, they concluded that there is no benefit from cinnamon. These findings were published in the Diabetes Care 2008 issue.

Still, you can enjoy this fragrant, sweet spice, which adds such delight to your taste buds without needing to add sodium or calories. Cinnamon adds interesting flavours to poultry and beef and brings out tomatoes’ natural sweetness. You can sprinkle it on fruits, oatmeal, and yogurt to add sweetness even without adding sugar.

5. Drinking Too Much Water

It is an excellent idea to drink plenty of water and other calorie-free beverages when the blood glucose has climbed. High blood glucose can lead to excessive urination, and water can prevent dehydration.

However, Brown-Riggs made it very clear that drinking plenty of water would not lower the levels of high blood glucose.

Of course, if you want to cut calories and get a great dose of polyphenols, replacing sugary drinks with green tea is a smart idea. But, it won’t help in reducing the blood glucose. Some studies reveal that green tea might prevent type 2 diabetes and develop insulin sensitivity. Unluckily, the proof is not strong enough to make certain suggestions.

Green tea extracts (not the beverage) in high amount have been linked to several cases of liver toxicity said Laura Shane-McWhorter, a University of Utah College of Pharmacy professor. She authored The American Diabetes Association Guide to Herbs and Nutritional Supplements in 2009. She warns people with diabetes to use green tea extract supplements with prudence.

Yes, alcohol may lower the blood glucose. Sadly, it can do so intermittently and cannot be considered an effective or safe method to control glucose. Alcohol can impede with the capacity of the liver to elevate blood glucose and can lead to hypoglycemia (low blood glucose). In reality, it is difficult to foresee just when alcohol might cause this.

Sometimes, the effects may be felt the next day. When alcohol is combined with high sugar beverages like juices and sodas, or consumed foods containing carbohydrates, the blood glucose may at first go up, but plummet later on. This should be considered, especially if an individual takes a medication that can lower blood glucose like insulin or sulfonylurea.

8. Consuming A Few Tablespoons of Vinegar

According to Dr. Carol S. Johnston of the College of Nursing & Health Innovation at Arizona State University, a spoonful of vinegar helps blood sugar to go down. Taking 1 to 2 tablespoons of vinegar before eating a major meal may slow the increase of the postmeal surge in the blood glucose level significantly. But, this does not give anyone the authority to go crazy over carbs.

It is true that vinegar may slow down starch digestion and keep food in the stomach much longer. Because of the delay in emptying the stomach, vinegar helps to dull the climb of blood glucose in reaction to eating. But, vinegar is a problem itself. Nothing is fun in drinking a tablespoon or more before eating. A brilliant idea to add a significant amount of it in your meal is to splash some on a salad and other vegetables.

Be cautious if you change something on your carb consumption. It has been reported that there is a higher incidence of hypoglycemic episodes in people with type 1 diabetes who consume vinegar.

9. Doubling Up The Dose of Your Diabetes Medicines

Some people may think that taking diabetes medicines twice the amount recommended by the doctor is a good idea. Nevertheless, it is a very dangerous thing to do because it can risk a person’s blood glucose plunging crucially low when taking medication to lower blood glucose.

If an individual’s blood glucose constantly runs high, he has to work closely with his doctor to modify his medications and create a customized diet plan. If it is high because you eat a lot, find a way to resolve it. Do not change or adjust your medicines alone, you need the expert knowledge of a doctor to do it for you.

10. Sleeping Instead of Having An Exercise

A registered dietitian and diabetes educator named Jennifer Hyman said that if someone is giving up exercise for sleep, the chances are he is not active enough during the day. This will turn into a nasty cycle because insufficient physical activity lowers the quality of sleep. Poor sleep only leaves a person too tired to exercise.

She recommends that you should dedicate at least a few minutes for daily exercise through taking the stairs or walking.

11. Doing Exercise Instead of Going to Sleep

Lack of sleep or poor sleep can interrupt the hormones, which leads to increased appetite, a thicker waistline, and higher blood glucose. A group of researchers from The Netherlands discovered that even just a night of poor sleep can lessen insulin sensitivity by about 25%.

It won’t take an entire day for you to find some of the most popular diabetes supplements today. There are some who claim that bitter melon or bitter gourd can lower the blood glucose. This kind of vegetable is common in India, Philippines, and other parts of Asia. Some studies reveal that the vegetable, its juice, or extract could improve glucose tolerance. Unfortunately, most of those studies have no solid design, and the outcomes widely vary.

The chromium picolinate may serve as an insulin sensitizer, which can improve the levels of blood glucose in people suffering from type 1 or type 2 diabetes. Some studies say it works, while some say it does not.

The Natural Medicines Comprehensive Database claimed that taking guar gum with meals may possibly lower blood glucose after the meal. Because it contains a high amount of fiber, it may be helpful in decreasing cholesterol levels. Sadly, this might cause stomach upset. Furthermore, guar gum may also minimize the absorption of penicillin and other medications. 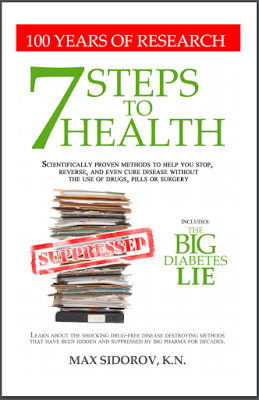